The upcoming drama titled “Kiss Sixth Sense” is a Disney+ original drama that was originally a web novel before being adapted into a webtoon. It is about a woman named Hong Ye Sul who can see the future when she kisses someone. One day, she accidentally kisses her boss Cha Min Hoo, and sees them in bed together in the future.

In the newly revealed teaser poster, Yoon Kye Sang and Seo Ji Hye are moments away from sharing a romantic kiss. The caption says, “The moment our lips touched, I could see the exhilarating future.” 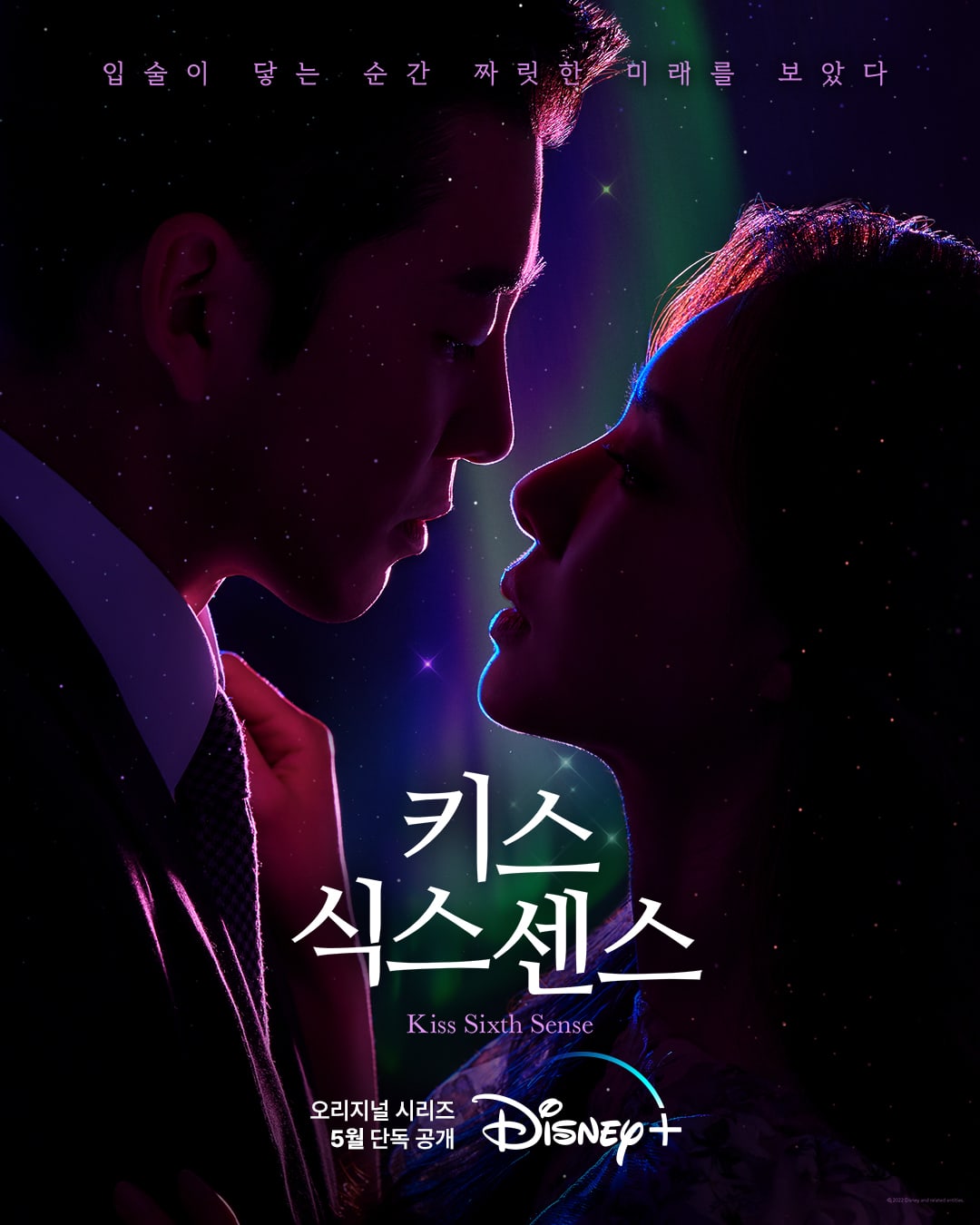 Yoon Kye Sang plays Cha Min Hoo, an incredibly sensitive man who uses his exceptional five senses to read omens and is known as the “god of advertising.” He’s the planning team leader at Je Woo Planning and is the best in the business, having received Korea’s top advertising award. The secret behind his success is his five senses, which are 10 times more sensitive than the average person. While this works out for him in the workplace, his cold and sensitive personality is a point of stress and annoyance for his assistant Hong Ye Sul.

Seo Ji Hye plays Cha Min Hoo’s workaholic assistant Hong Ye Sul, who has the ability to see the future when she kisses someone. As Je Woo Planning’s ace employee, she’s on the path to being promoted to department manager at record pace. However, she’s currently busy dealing with her supervisor Cha Min Hoo’s micro-management and nagging. While she doesn’t know where her special ability has come from, Hong Ye Sul is sure that the future she sees is bound to happen.

As the two hide their secret abilities and develop their relationship as bickering co-workers, an accident leads to a kiss between Cha Min Hoo and Hong Ye Sul, and the shocking vision that Hong Ye Sul sees kicks off their wild romance.

The producers of “Kiss Sixth Sense” commented, “This teaser poster captures the extrasensory romance that starts after a kiss between Min Hoo, whose five senses are highly responsive, and Ye Sul, who has the ability to see the future following a kiss. Please look forward to this special love story that has been chosen by Disney+, will revive your dulled five senses, and satisfy your sixth sense.”

“Kiss Sixth Sense” premieres this May.

Check out Seo Ji Hye in “Black Knight” with subtitles below!